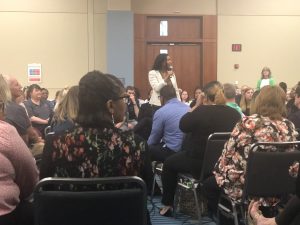 The May 8th gathering of 212 Dialogue Practitioners in Richmond, Virginia, was convened by Susan Williams, the Organisational Development Manager for the Virginia Dept of Corrections.  The day was facilitated by Peter Garrett and Jane Ball from the UK, and attended by Robert Sarly President of the US Academy of Professional Dialogue, and other Academy Members including Harold Clarke and Tom O’Connor.

Inaugural meeting of the US Academy of Professional Dialogue on August 12th 2017 at the Hilton Washington Dulles Airport.

Apply to join the US Academy

This website uses cookies. By continuing to browse the site, you are agreeing to our use of cookies
Select your currency
GBPPound sterling
USD United States (US) dollar
EUR Euro